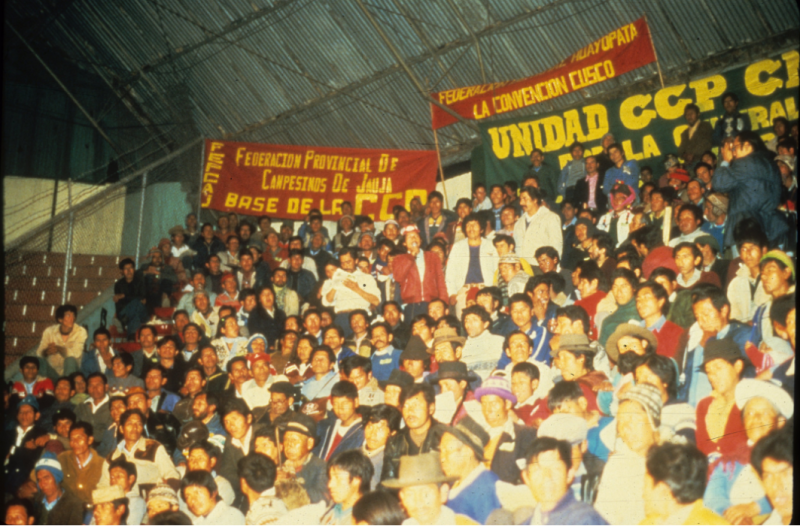 The FAO World Food Summit (WFS) held in Rome in November 1996 was the occasion for Civil Society Organisations (CSOs) to start reflecting on a common alternative strategy to build their capacity to influence global policies and promoting global networking.

Since the Civil Society Forum held in connection with the WFS in 1996the CSOs linked to Food Sovereignty principles have played a fundamental role in creating alliances and synergies between different movements and dialoguing with the different governments and institutions. It has guaranteed the effective participation of thousands of representatives of small-scale food producers and Indigenous Peoples organisations in many crucial events and fora on agriculture and food systems all over the world, where their voices were previously absent.

During the World Food Summit-Five Years Later, the NGO/CSO Forum for Food Sovereignty gathered again in Rome in 2002. It brought together NGOs and social movements from the five continents representing peasants, fisherfolks, Indigenous Peoples, agricultural workers, NGOs activists. For the first time, NGOs, CSOs and social movements from all over the world played a clear and leading role in planning and developing such a Forum. In that occasion, the FAO has been completely supportive of the process, but also respectful of the autonomy and self-organization of CSOs.

In December 2019, it was officially announced that the UN Headquarter would be hosting a Food Systems Summit in 2021 with the aim of maximizing the benefits of a food systems approach across the entire 2030 Agenda, meeting the challenges of climate change, making food systems inclusive, and supporting sustainable peace. A concept note for the Summit circulated at the High-Level Political Forum in New York in 2019 indicated that the World Economic Forum (WEF) will be involved in organizing the Summit. The small-scale food producers’ organizations and other civil society organizations concerned with food, recognize the importance and timeliness of this Summit, but at the same time, they have grave concerns.

The Summit is not building on the legacy of the past world food summits, which were clearly anchored in the FAO and resulted in the creation of innovative, inclusive and participatory governance mechanisms with the goal of realizing the right to adequate food for all. The UN-WEF strategic partnership agreement signed in June 2019 casts a cloud on the integrity of the United Nations (UN) as a multilateral system. Further, the appointment of Ms. Agnes Kalibata, the current President of the Alliance for a Green Revolution in Africa (AGRA) as Special Envoy for the Summit presents a clear conflict of interest with regards to the stated purpose of the Summit.

For these reasons, the same CSOs that gathered in 1996 and 2002, are writing now jointly a letter to address all the concerns to the United Nations Secretary-General Mr. António Guterres. NGOs and social movements that since 1996 are involved in participatory mechanisms in the FAO, CFS, IFAD and other UN processes are looking to this process as very dangerous for the democratic and multilateral food governance.