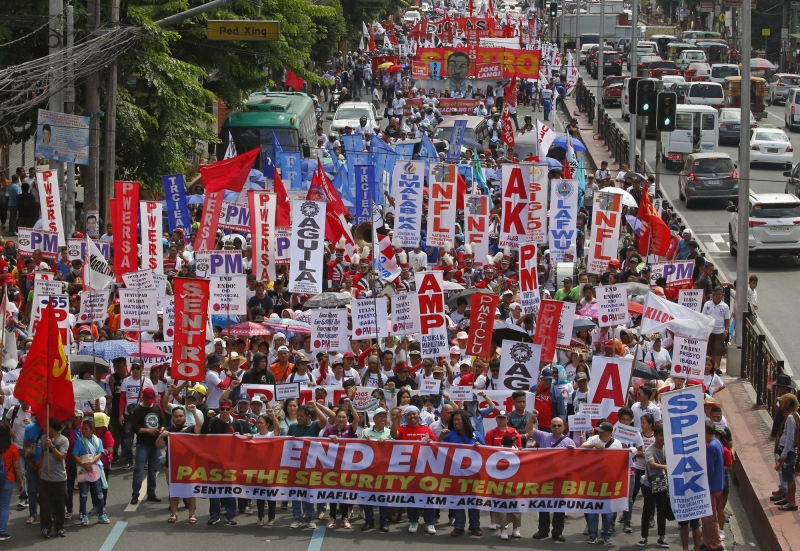 Resource extraction impacts our daily lives and has helped push the climate to the brink, but there are people around the world living and fighting for alternative ways forward.

The last Friday of each month Christopher Chagnon and Sophia Hagolani-Albov and their guests have a discussion of the impacts of extractivisms, alternative ways forward and stories from people living the struggle every day.

In December 2020, they talked with Josua Mata the Secretary General of SENTRO (Co-operative and Progressive Workers' Center) in the Manila, Philippines (here another interview with Josua made by PSN).

He shared his on the ground experiences at the forefront of the labor movement in the Philippines.

Globalization has had a massive impact on the labor market in the Philippines, partially due to the rise of temp work contracts replacing regular work contracts.

In the 1980s, when Josua entered the workforce, most workers had a “regular” job. Today, most workers are considered “non-regular” because they have only 3-6 month temporary contracts. This has weakened the labor movement significantly as non-regular employees are not able to participate effectively in the Union due to fear of having their contracts terminated.

Contractualization has denied a huge portion of the working class from accessing their constitutional right to collective bargaining and going on strike. This has also had political implications as it has widened the gap between the rich and poor, which has opened the possibilities for right wing governments to rise.

Josua gave insight into the frustration and political psych of the working class in the country and the danger of being an activist in the socio-political context of the Philippines.

They talked about how the labor movement has survived under such perilous conditions.

Josua says the only way you can change the world is to change it together, even if that only starts with your friends.

Here are links to the pod on some of the major podcatchers: