Ensuring people's food, water, energy and health sovereignty Reclaiming democracy and people's sovereignty from below Defending the commons and respecting nature Asserting women´s rights and self-determination Respecting culture, spirituality and diversity of learning... Building economies based on solidarity and decent work Youth
Home Compass for struggles Common Library The state of the right to food and nutrition report 2019 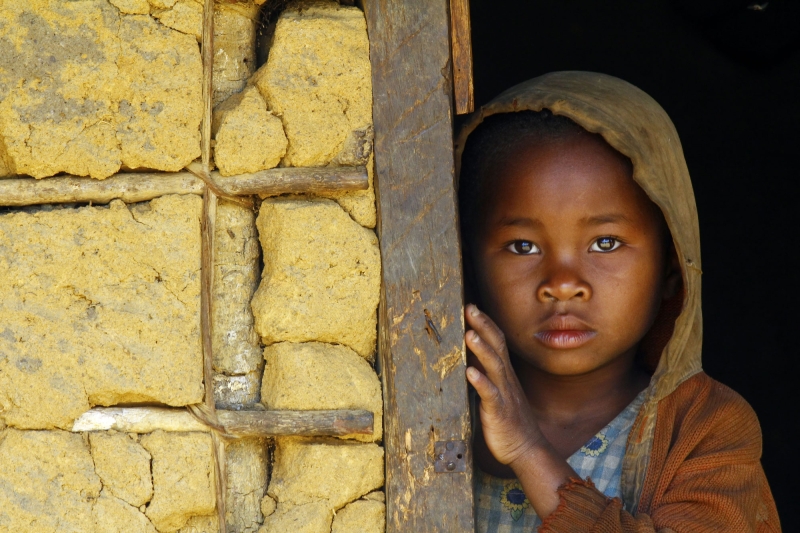 The state of the right to food and nutrition report 2019

This is a publication by the Global Network for the Right to Food and Nutrition, coordinated by FIAN International.

Human rights are at a crossroads: Regressive policies and practices have become the norm in many states, territories, and international institutions the world over. Our food systems are not spared from the damaging effects of growing disparities in access to resources, exacerbated as they are by land grabbing, violence against women, and criminalization of human rights defenders, among other challenges. Higher levels of hunger, malnutrition, and food insecurity are further indications of increasing inequality. The recently released State of Food Security and Nutrition in the World (SOFI) 2019 estimates that a staggering 820 million people globally are affected by hunger and malnutrition, while 2 billion are food insecure. These figures have been rising for several years. There is undoubtedly a pressing need for a radical shift towards stronger commitments for human rights, participatory public policies, and regulation of corporations.

Every year, we, civil society organizations (CSOs) working on the human right to adequate food and nutrition (RtFN), critically assess the SOFI report (see 2018 and 2019 critiques). And every year we continue to witness a lack of human rights assessment, the dismissal of the role of state accountability, and the absence of stories and experiences from those who are most marginalized in the food systems. The ongoing reliance on quantitative data fails to address the structural causes of hunger and global inequalities, and reinforces a ‘business as usual’ approach, rather than the radical shift that is required to tackle them.

This first State of the Right to Food and Nutrition Report seeks to move beyond the numbers, and provides an insight into how the RtFN is being advanced in some parts of the world, and violated in others, and how communities, movements and organizations are organizing against retrogressive state actions. Published by the Global Network for the Right to Food and Nutrition (GNRtFN), with the support of its secretariat FIAN International, this report strives to generate a dialogue with the figures presented in SOFI, and to contribute an important, but often ignored perspective to the global debate on food insecurity.

Using participatory methodologies of information collection – including questionnaires, interviews and consultations – this pilot report covers developments taking place approximately between January 2018 and July 2019. It does not claim to be exhaustive, but rather covers countries, regions, and cases from which input was received, and where the GNRtFN members are active.

The right to food and nutrition on the global stage

The global environment for human rights is becoming ever more difficult for CSOs to navigate. UN institutions and other spaces of engagement are experiencing extreme financial shortfalls, and humanitarian crises are severely impairing- ing national institutional spaces. Meanwhile, world powers are clearly retreating from their historical commitment to human rights. Despite this daunting scenario, as illustrated by the case studies in this report, grassroots movements and CSOs continue to advocate for change, and still organize on key issues related to the RtFN.

International standard-setting processes remain important for further developing the interpretation of the RtFN. The adoption of the UN Declaration on the Rights of Peasants and other People Working in Rural Areas (UNDROP) in December 2018 is a major achievement for peasant and rural grassroots movements, as it aims to protect those who produce 80% of the world’s food supply. Similarly, the 2018 decision from the Conference of the Parties (COP) to the Convention on Biological Diversity (CBD) on setting barriers to the release of gene drives will have far-reaching consequences on protecting biodiversity, food sovereignty and the RtFN. The process towards developing a binding treaty on transnational corporations (TNCs) and other business enterprises with respect to human rights seeks to enhance protection of those affected by these actors’ activities. However, in the current climate of corporate power and influence, a majority of ‘industrialized’ states refuse to fully engage.

The UN Committee on World Food Security (CFS) is, to this day, a key space for developing RtFN policies with full civil society participation. The 2018 monitoring exercise of the Right to Food Guidelines within the CFS created an important opportunity to assess how far policies supporting the RtFN have progressed since their adoption in 2004. A current process to elaborate Guidelines for Food Systems and Nutrition is also an occasion to reshape how the question of nutrition should be approached, and to seek solutions and policy guidance that are embedded in systemic shifts across food systems.

Women in the spotlight

By featuring a spotlight on women’s rights, which coincides with the theme of the 2019 issue of the Right to Food and Nutrition Watch (also published by the GNRt- FN), this report highlights the impact of regressive social and economic policies on the RtFN of women, particularly women of color, migrant, refugee and other non-white, non-middle class women. Gender equity or ‘women’s empowerment’ has become a discourse used by corporations to perform public relations work, while instrumentalizing women, and carrying out exploitative practices and dispossession of the commons. Yet, despite being confronted by violence and criminalization, women from different parts of the world are finding ways to resist and organize. A case in point is Jinwar, a village by and for women in Northern Syria, where women are building their present and future together, both metaphorically and literally: they are building houses and schools, running cooperatives, grow- ing food, and rearing livestock.

Human Right in Retreat: a trend across regions

All countries globally, north and south, have suffered from an increase in hunger, malnutrition, and food insecurity during the reporting period. This is matched with a global trend of regressive social policies and a move towards more xenophobic and authoritarian governments, with austerity and technocratic policies often replacing the welfare state. In North America and Europe, for instance, the cutting of social benefit programs contributes to higher rates of poverty and food insecurity. Many parts of Asia also continued to witness the acceleration of authoritarianism and a surge of religious clashes undermining democratic values, with a staggering 486 million people across the region struggling to access healthy and nutritious foods. Latin America experienced state and corporate-led violence, and widespread criminalization and killings of human rights defenders. In this region, women face violence and attacks on their social and reproductive rights, and they are even more disproportionately affected by food insecurity than in other regions. The situation in the Middle East and North Africa region (MENA) is still largely under-reported in the mainstream hunger and malnutrition monitoring (e.g. the annual SOFI report), both in terms of statistics and their analytical narrative, despite this being a region with some of the worst conflict-induced humanitarian crises, ongoing occupations, austerity measures, and inflation.

As denounced in this report, further challenges to the realization of the RtFN and other human rights include: acute funding problems faced by the UN (e.g. UN Relief and Works Agency, and the Human Rights Council) and by regional human rights systems (e.g. the Inter-American Human Rights System); deep-rooted corruption; cumbersome procedural requirements to access social benefit policies (e.g. linking of social security schemes with the Aadhaar system in India); increased crackdowns on freedom of speech and assembly; and the weaponization of food aid (e.g. in Venezuela).

Building policies and organizing for the right to food and nutrition

On the positive side, the report highlights examples from regions across the world that have seen progress in creating legal and policy frameworks in support of the RtFN. The Community of Portuguese Language Countries (CPLP), for instance, has made huge strides in creating RtFN laws and participatory policy-making, and in monitoring spaces both at state and community-wide levels. In Mali, significant advancements in national legal frameworks and policy spaces made over the last few years are now in the implementation phase. These include the Policy on Agricultural Land (Politique Foncière Agricole, 2015) and the Law on Agricultural Land (Loi Foncière Agricole, 2017), which recognize communities’ customary and collective tenure rights. Some European countries have also begun to better address their national RtFN obligations. The Government of Scotland has set out the ambition of becoming a Good Food Nation, and in 2018 started consultations on RtFN legislation. Moving to Asia, a positive illustration of social mobilization is the adoption of the Right to Food and Food Sovereignty Act (2018) in Nepal, which emerged from a long collective process of CSO lobbying and awareness-raising.

The report additionally includes instances of people and communities organizing against regressive state actions and exploitative corporate policies. In West Africa, peasant farmers are advocating against commercial seed systems, which are based on exclusive intellectual property rights, and attempt to replace farmer-managed seed systems. In Colombia, over 70 CSOs came together to prepare and submit the first specific shadow report on the rights of rural and peasant women to the UN Committee on the Elimination of Discrimination against Women (CEDAW Committee). As a result, important recommendations were made to the Colombian State around enhanced political participation and incorporation of the principles of UNDROP into its policies. In Mali, Guatemala and around the world, women are at the forefront of advancing agroecological practices that are not only environmentally sustainable and socially just, but also transforming gender relations within communities. Yes, human rights are at a crossroads; but this report shows that people are organizing – both through grassroots movements and through civil society participation and advocacy – to realize against all odds the human right to adequate food and nutrition for all.