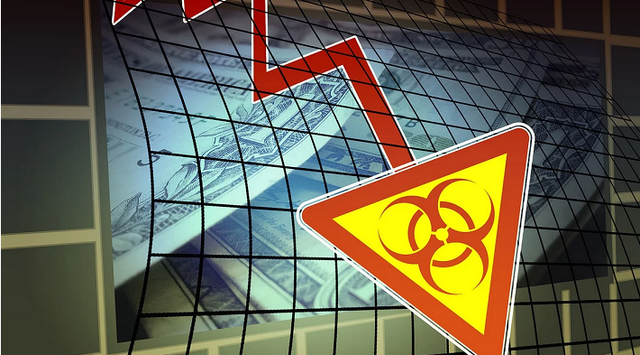 The Capitalist Pandemic, Coronavirus and the Economic Crisis

This article was published by the Committee for the Abolition of Illegitimate Debt and goes about the economic crisis generated by the novel coronavirus.

The coronavirus pandemic is a serious public health problem and the human suffering caused by the spread of this virus will be enormous. If it massively affects countries of the Global South with very fragile public health systems that have been undermined by 40 years of neo-liberal policies, the death toll will be very high. We must not forget the critical situation of the Iranian population, victim of the blockade imposed by Washington, a blockade that includes medicines and medical equipment.

Under the pretext of necessary fiscal austerity to repay public debt, governments and major multilateral institutions such as the World Bank, the IMF and regional banks such as the African Development Bank have everywhere enforced policies that have deteriorated public health systems: job cuts in the health sector, precarious employment contracts, reduction of hospital beds, closure of local health centres, increase of health care costs and of prices of medicines, under-investment in infrastructure and equipment, privatization of various health sectors, under-investment by the public sector in research and development of treatments for the benefit of the interests of large private pharmaceutical groups...

This is true in Africa, Asia, Latin America and the Caribbean and in the countries of the former Eastern bloc (Russia and other former republics of the former USSR, Central and Eastern Europe).

Nevertheless, this obviously also concerns European countries such as Italy, France or Greece. Moreover, in the United States, where 89 million people have no real health coverage, which Bernie Sanders sharply indicts, what will happen?

The mainstream media and governments focus on the differences in mortality rates according to age, but they very carefully avoid any reference to class differences and how mortality, due to the coronavirus pandemic, will affect human beings according to their income and wealth, and therefore, to the social class to which they belong. Quarantine and access to intensive care for people who are 70+ are very different whether you are rich or poor.

There will also be a divide between the countries that have, despite neoliberal policies, maintained their public health systems better than others and those that have gone furthest in undermining the quality of public health services.

The stock market and financial crisis

While the mainstream media and governments constantly claim that the stock market crisis is caused by the coronavirus pandemic, I have stressed that all the elements of a new financial crisis have been in place for several years and that the coronavirus is the spark or trigger of the stock market crisis, not the cause (‘No, the coronavirus is not responsible for the fall of stock prices’). Although some people viewed this as an attempt to deny the importance of the Coronavirus, I stand by my assertion. The financial sphere has been replete with huge amounts of flammable agent for several years and it was obvious that a spark could and would cause the explosion: we were not sure about the exact time and the cause, but we knew it would come. So something had to be done to prevent it that was never done. Many authors of the radical left announced this crisis, including Michael Roberts https://thenextrecession.wordpress.com/, Robert Brenner https://blubrry.com/jacobin/31593687/jacobin-radio-w-suzi-weissman-robert-brenner-on-the-economy/, François Chesnais https://en.wikipedia.org/wiki/Fran%C3%A7ois_Chesnais and Michel Husson http://hussonet.free.fr/english.htm . Since 2017, I have, also, regularly written on the subject (see ‘Dancing on the Volcano’ in November 2017; ‘Sooner or later, there will be a new financial crisis’ dating from April 2018). With CADTM and others we have affirmed that a radical break with capitalism is necessary.

A first major stock market shock occurred in December 2018 in Wall Street and under pressure from a handful of large private banks and the Donald Trump Administration, the U.S. Federal Reserve began cutting rates again and was applauded by those few large private firms that dominate the financial markets. The frenzy of rising stock market values picked up again, and large corporations continued to buy back their own shares at the stock market to amplify the phenomenon. Taking advantage of the fall in interest rates, large private companies increased their debt and large investment funds have increased their buyouts of all kinds of companies, including industrial companies, by resorting to debt (‘The mountain of corporate debt will be the seed of the next financial crisis’ published in April 2019).

Then, once again in Wall Street from September 2019, there was a very big liquidity crisis in a financial market that was nevertheless saturated with liquidity. A liquidity crisis when there is a profusion of liquidity is just an apparent paradox as I explained in ‘The Credit Crunch is Back and the Federal Reserve Panics on an Ocean of Debt’ published on September 25, 2019 and in ‘Another look at the Federal Reserve’s panic in September 2019 and solutions to the crisis’ published on October 11, 2019. It was a serious crisis and the Federal Reserve intervened massively, injecting hundreds of billions of dollars in total to try to prevent the markets from collapsing. It also kept on its balance sheet more than $1.3 trillion in toxic structured products (MBS) that it had bought from banks in 2008 and 2009 because it was rightly convinced that had those been put in the secondary debt market, their prices would collapse and lead to a major financial crisis and bank failures. The Fed did this not to defend the general interests of the population, but to safeguard the interests of big business, i.e. the richest 1% of society. The ECB and the other major central banks (UK, Japan, Switzerland, China...) have applied roughly the same kind of policy and they bear a very important responsibility for the accumulation of flammable agents in the financial sphere (see my article in March 2019 ‘The Economic Crisis and the Central Banks’).