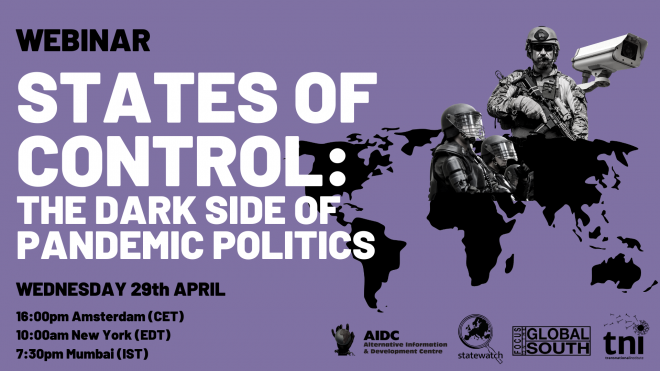 States of Control – the dark side of pandemic politics

In response to an unprecedented global health emergency, many states are rolling out measures from deploying armies and drones to control public space, to expanding digital control through facial recognition technology and tracker apps.

This webinar explored the political dimension of state responses, particularly the securitisation of COVID-19 through the expansion of powers for military, police, and security forces. It examined the impact of such repression on certain groups who are unable to socially distance, as well as how digital surveillance is being rolled out with little, if any democratic oversight.