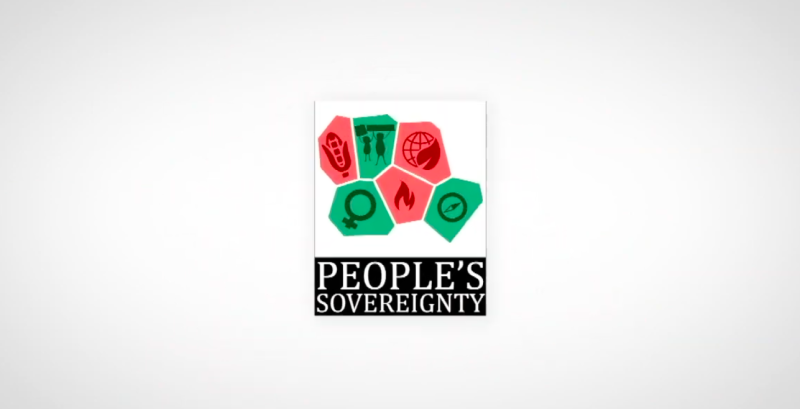 This workshop, organized by the People´s Sovereignty network, aims at sharing the experiences of social movement and civil society activists from different regions of the world who are struggling to defend their rights and sovereignty over their territories and lives. All over the world, financial capitalism and extractivism are appropriating land as if it was nothing more than a commodity, a mere ‘factor’ of production’ that can be exploited to generate financial returns.

Movements and activists are organizing against this continuous enclosure of living beings and places: they use their bodies, laws, educational projects, histories and visions to regain control over territory as a political space for self-determination and creating solidarities. In the act of resistance, they confront moral, physical and legal violence. They and their ideas are criminalized, disciplined, punished and in some cases exterminated.

This workshop brings together activists from the Basque Country, Guatemala, Kenya and the Six Nations in Canada who, along with a group of academics, are part of the People´s Sovereignty network experience and have recently engaged in a process of reciprocal learning and co-authorship that led to a forthcoming special forum of the Globalizations Journal.