Ensuring people's food, water, energy and health sovereignty Reclaiming democracy and people's sovereignty from below Defending the commons and respecting nature Asserting women´s rights and self-determination Respecting culture, spirituality and diversity of learning... Building economies based on solidarity and decent work Youth
Home Compass for struggles Common Library Democracy from its sources: conversations with activists in their territories 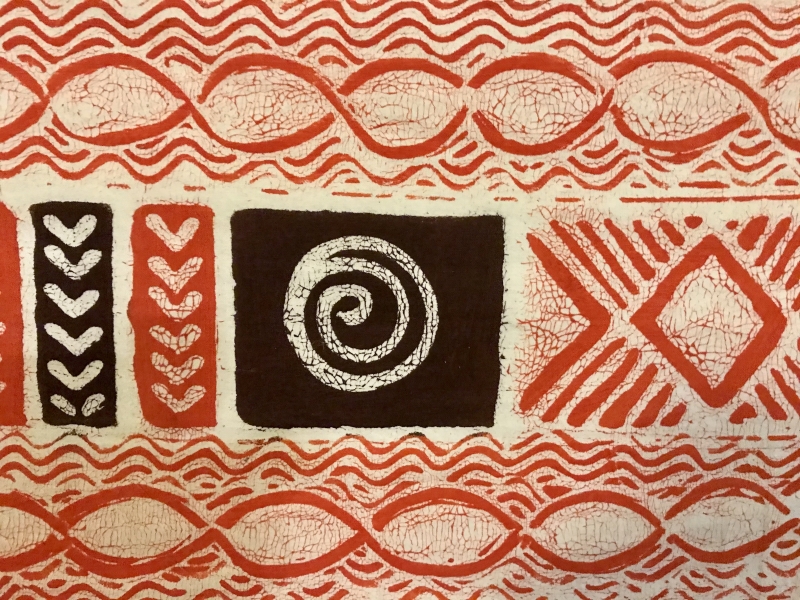 Democracy from its sources: conversations with activists in their territories

Democracy and the struggles for rights are a common ground for activists all over the world. Feminists in the Basque country and Kenya, indigenous peoples in Central America and the Andes, workers in the Philippines and Indonesia, defenders of environment in South Africa, and peasants in Mexico and Brazil - among others –share their diverse struggles and perspectives in these conversations prepared by the People’s Sovereignty network (PSN).

Sophie Dowllar discusses how globalization impacted women’s livelihoods in Africa underlining the double burden of the financial crunch on women’ shoulders. As a leader of World March of Women Africa, Sophie gives testimony that the movement implements functional alternatives from below like agroecology, food sovereignty and feminist economy. From a strong feminist perspective she explores gender based discrimination and violations and the strategies to resist them. She makes an urgent call for connecting the local and global level of struggle by domesticating the values and the principles of an international movement. By applying creative ways of protests and occupation of public spaces, Sophie is highlighting the huge potential of artivism: the use of art for social transformation. Based on her own experiences, she is displaying the need to support artists to continue their progressive work and keep the struggle for women’s rights high in the agenda: “We will march until women are free!” concluded Sophie. In English please click here.

"Globalization has impacted us for over 500 years." – as shared by "Mani" Stanley, (Manigueuigdinapi Jorge Stanley Icaza), of the Kuna people, Panama, member of the International Indian Treaty Council (IITC) and Facilitating Member of the Alliance for Food Sovereignty in Latin America and the Caribbean (http://alianzasoberaniaalimentaria.org/). Mani tells the story of the emancipatory struggle of the Kuna people, their form of organization and resistance to both the pressures of the Panamanian State and the onslaught of neoliberal globalization on Kuna territory. "Our customary norms are worth more than Panamanian law," says Mani to show how the indigenous government, and its form of democracy, persists and resists - bringing pride and well-being to its people. In Spanish please click here.

Tchenna Maso, a woman lawyer and activist of the Movimento dos Atingidos por Barragens - MAB (Movement of Peoples Affected by Dams) member of La Via Campesina (LVC), talks with Paco Estrada, from UNORCA-Mexico about the delicate Brazilian political situation in the context of the global dispute for energy, mineral and food resources. According to Tchenna, we need to build "a new project of society" through "a unitary anti-capitalist struggle". In Spanish please click here.

The trade union leader Josua Mata, from SENTRO (Co-operative and Progressive Workers' Center), Manila, Philippines, shares here the historical resistance of Filipino workers against the “contractualization” or the so called “endo” – end of employment. Josua shows peoples’ resistance to the Duterte´s “war on drugs” - the notorious policy against drugs that killed already more than 30.000 persons. He examines the expressions of a new capitalism in the country and how the people organize to oppose it. Josua argues that, departing from the idea of a “social movement unionism”, workers are building a broader alliance called ‘Solidarity’ to resist Duterte. In his view, to counter the pressures of the new changing global capitalism, an international convergence is needed, as well. The big challenge of the moment according to Josua is the push for “Alliances with progressive workers around the world”. In English please click here.

“Once communities are empowered, they can transform the world!” shares Editrudith Lukanga - a global leader for small scale fishers’ organizations defending women fish processors and traders’ constituencies based in Tanzania. Reconstructing the struggles for the rights of fishing women in Africa, Editrudith shows that the contribution to food security, nutrition and local and national development of women in the fish sector needs to be still recognized.  Based on her strong intersectional perspective, she argues that the struggle for policy convergences is associated to the establishing of a functional link between local, regional and global levels. The strategic path forward for this purpose, according to her, is to build alliances: “Our unity is our strength!” In English please click here.

Ecuadorian leader Yaku Perez Guartambel denounces the "capitalist ecocide" and calls for "breaking those paradigms and turning our eyes to indigenous peoples’’. The struggles are cultural and institutional, which is why, while he denounces formal democracy, he calls for a dialogue with "real democracy that comes from a millenary Andean philosophy with greater roots and legitimacy". Mechanisms such as prior consultation, local democracies, and assemblies would be fundamental in opposing extractivism. For Yaku, "the Western world has an anthropocentric, phallocentric vision... everything revolves around man" and therefore returning to the roots strengthens, not only another relationship with nature, but also, and as part of it, between men and women. Yaku is General Coordinator of the Andean Coordination of Indigenous Organizations (CAOI), he was president of the Confederation of Peoples of the Kichwa Nationality of Ecuador (Ecuarunari) and since 2019 Prefect of Azuay, in the South of Ecuador, representing the Pachakuti party. In Spanish please click here.

Thomas Mnguni, a community activist in groundWork explores the impact of water and electricity power concentration and energy poverty on South African local communities’ livelihoods. “Social justice and equity are core aspects of climate-resilient development pathways!” says Thomas. He shows the inter-linkages between an environmental justice concept, human rights-based approach and ‘just transition’. Thomas presents alternative solutions to the extractive industry and land grabbing that leads towards food insecurity by involving people in decision making processes and enhancing the dialogue between communities, trade unions and workers. “Environmental justice can´t be separate from the life of normal people!”concludes Thomas. In English please click here.

The connections between the North American Free Trade Agreement (NAFTA), the social decomposition in rural areas and endemic violence in contemporary Mexico are spelled out by Francisco Hamlet Estrada, Patzcuaro, Michoacán, Mexico, member of the executive commission of the National Union of Autonomous Regional Peasant Organizations (UNORCA), part of La Via Campesina in his talk with Molly Anderson. From his militancy in the peasant movement, he highlights the importance of food sovereignty, and in particular of agroecology: "An element of struggle and transformation, which can lead us to a change of paradigm”. Paco, skilfully describes the importance of tools such as the UN "Declaration on the Rights of Peasants and other people working in rural areas" for national and local struggles and the need to defend self-determination "to be a peasant". In Spanish please click here.