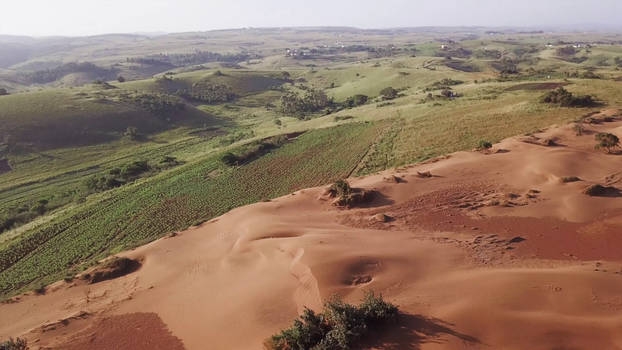 Xolobeni - The Right To Say No

Xolobeni, Eastern Cape, South Africa. A community has been fighting for over 20 years to stop an Australian mining company's attempt to rip up their ancestral land in order to mine mineral sands.

This isn't the first time this kind of story is told, nor will it be the last time. The story of David vs. Goliath, of community vs. capital, of life vs. death. And all too often, death wins. Too often, communities struggle valiantly but ultimately fail, with sometimes the stories told of their glorious resistance being all that visibly remains of these proud communities in struggle. But not all the time. Sometimes, life wins. And it is these stories that deserve being told around the world, morning through the night because they give hope in a world where hope seems ever harder to justify.

When Nonhle Mbuthuma, one of the leaders of the Amadiba Crisis Committee (ACC), speaks of their struggle she says: “Us and the land, we are connected. If you separate us from the land, you are killing some part (of us).”

In this documentary, Nonhle and her comrades tell the story of how a community on South Africa's Eastern Cape, the 'wild coast', managed to not only chase a mining company away from their land. They actually managed to have a court certify their “Right to Say No” to mining, a landmark decision that will shape (anti-)mining struggles in South Africa and beyond. However, the story isn’t over. The South African government intends to appeal the judgment, and contested roadworks have begun in the area, seemingly a clear indication of the battles to come.

But the important thing was never the court as such. It was the people themselves. “The decision is Us. We've already taken a decision. No. It's a no.”

This documentary tells the story of the ACC's struggle to have the rest of the world hear and respect their No. It is our hope that this story may travel, and resonate, around the world.

Because we all deserve the right to say 'no'.