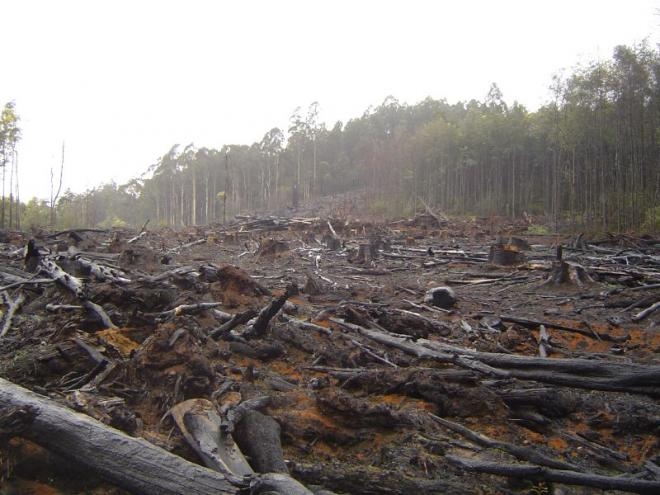 The common good describes specific "goods" that are shared by and beneficial for all / or for most members of a given community, such as the basic requirements for living with dignity: food, water, land, housing, knowledge and public services including - education, health, etc.).

The conversations around public services, includes the services that meet the basic needs and rights of a population, such as housing, gas and electricity, sanitation and waste management, education and health services, public transport, telecommunications, drinkable water – should, by definition, be of quality, and available and affordable to all, here and now, regardless of class, caste, gender or financial means. Instead, they have increasingly been relocated from the public (State) to the private sphere, with the result that those who can’t afford them are not able to benefit from them. Moreover, public services are structured around an urban model, resulting in better access for those living in cities and access that is very limited for those living in rural areas.

The rise of this privatization of public services reached a peak in the 1980s – a decade in which free market and neoliberal politics took center stage and market competition was entrusted to regulate demand, supply and ‘fair’ prices. What was once public was sold to the highest bidder and State responsibility for meeting the basic needs and rights of its citizens was radically reduced.

The consequences have been drastic. Access to health and education services, for example, has become dependent on family income in many countries around the world –both in the North and the South – through the imposition of neoliberal or Structural adjustment Policies. Access to energy also continues to be very unequal, with around 75% of the population in Africa and 60% of the population in South Asia without access to electric energy, while souring household gas and electricity bills in 2008 in Europe – as a result of market price fixing and management based on profit rather than rights – has significantly increased the danger that household energy becomes unaffordable for large segments of society. In many parts of the world, populations continue to be dependent on wood for cooking and heating,  in others also lighting: in Africa for example,  numerous people still use wood fires to cook, the majority of whom live in rural areas and the urban poor.

Water services are no longer organized according to criteria based on ‘the right to drinkable water’ or the health of a population, and instead is commercialized; the beneficiaries are transnational companies whose priority is maximum profit. The recent imposition of bottled water as a consumer habit, or as the only way of having access to clean, drinkable water is a true example of the invasion of the capitalist logic on our basic needs and rights.

Nature is a common good; it is not an inexhaustible resource to be used for profit by companies and States. But the capitalist system is based on the extreme exploitation of nature and natural resources, reducing them – through privatization, their power and control by force – they reduce nature to mere commodities that can be bought or sold.

There is an urgent need to defend Mother Earth. The earth is privatized when land becomes private property and is transformed into merchandise. Rural and indigenous people are driven out and no longer have land on which to plant. Moreover, fences impede access to communal land which has traditionally been used as pasture for livestock, or for harvesting fruit, seeds, firewood, and medicinal plants. For example, the border between Kenya and Tanzania lives the Maasai who are largely pastoralists. Among the Maasai people, land belongs to everyone, because it is natural, its not movable, and so livestock is free to graze freely, but the colonial border lines makes it difficult for pastoralists and livestock to use the natural resources  ( land / water). It is always said that humans should start living naturally like cattle, when the Kenyan cattle cross the border to graze in Tanzania, who needs to control their movement like production of identities, they will graze, and go back to their owner when it is time.

Water is privatized when farmers fence in reservoirs and block women’s access to them; when sources of water dry up or are contaminated due to intensive or monoculture agricultural production; when rivers are held back by dams to produce energy that brings little benefit to the local population. Seas and marshlands are privatized when they are taken over by industrial fishing and intensive breeding of prawns and mussels – leaving the artisan fishers and shellfish pickers without their source of income – or when land is reclaimed from the water in order to expand the industrial areas.

Biodiversity is privatized and controlled by patenting laws that are imposed by free trade agreements and when the reproductive capacity of seeds is reduced and privatized by GM (Genetically Modified) technology. The agriculture that sustains this model of environmental privatization and commercialization is founded on the monoculture production of crops on vast stretches of land, extensive use of fertilizers and poisons and the use of heavy machinery. This production model has a significant impact on nature, such as the desertification of areas used in monoculture production (for example eucalyptus); as well as using large quantities of petroleum at all stages, including in the production of fertilizers, poisons, etc.

The recent food, energy, financial, environmental crises demonstrate the failure of these capitalist agricultural production and distribution models, and reveal that it is the most vulnerable – it is  poor women, children and  the elderly – who feel their impacts most strongly. The majority of governments and multilateral institutions (United Nations, International Monetary Fund, World Bank) advocate palliative solutions. These solutions depend strongly on the market: alliances with companies, an increase in commerce, and an end to import tax barriers. In other words, the implementation of the same measures that has caused the problem in the first place. We urgently need to redefine patterns of production and consumption of goods, food and energy, in order to defend nature.

Worldwide, there are a large number of situations that have provoked conflicts related to environmental issues, such as: the rubbish war in Naples, conflicts over diamond mining in the Democratic Republic of Congo, the criminal manner in which the United States government has dealt with hurricane Katrina victims, and the appropriation of areas devastated by the disasters like the tsunami by hotel businesses. These situations reveal and explain the market logic imposed on populations. At the same time, they make visible the fact that in many situations poor populations have been able to affirm themselves as political subjects, as was the case with the struggle against the privatization of water in Cochabamba, Bolivian 2001.The wildfires in the Congo and Amazon….. There is an urgent need to protect and defend nature.

The consumption of fossil fuel in the world is very unequal. The United States alone consumes 25% of the crude petroleum extracted in the world. The production and use of cars – stimulated by the automobile and petroleum industries (controlled by four large transnational corporations: ExxonMobil, Chevron, Shell and BP) – is responsible for the greater part of the other half. In rich countries, there are 580 vehicles for every 1000 inhabitants; in the poor countries, there are ten. Even worse, the thousands of cars sent to developing countries every year are second hand / used and old engine cars. Despite the fact that used cars are pocket-friendly and easy to buy, they leave bad imprints on the environment in one way or the other.

The food production, distribution and commercialization chains are organized around high levels of energy consumption: the expulsion of people from rural areas by agribusiness increases the distance between food and its final consumer. A great amount of energy is wasted, especially by the big supermarket chains, first to centralize and stock huge quantities of food, and then to distribute it to different regions.

Governments that do not want to challenge the production and consumption model seek palliative solutions that are able to generate more business, such as necrofuel - agro diesel or ethanol – that is extracted from plants. Its growing use has resulted in the occupation of vast swathes of land by monoculture production of crops that are used to feed cars. Several studies have demonstrated that, if current methods of cultivation and processing are maintained, more fossil energy (petroleum) will be used to produce the energetic equivalent in necrofuel. The serious problems that this production model provokes become more acute with climate change and an increase in the price of foodstuffs.

The emission and concentration of greenhouse gases has increased significantly due to the burning of petroleum, mineral charcoal, and natural gas, as well as the burning of forests and decomposition of vegetation in huge hydroelectric plant lakes. This causes a greater retention of heat on earth and, in consequence, higher temperatures. This heating causes desertification in some areas and an increase in rainfall and floods in others, besides the increase in ocean levels that is leading to the flooding of coastal cities and islands. All these situations result in the loss of agricultural land for farmers, an increase in migration, the destruction of infrastructure such as bridges and houses, and an increase in premature deaths due to sickness (such as tropical diseases and those transmitted by water). There are those who argue that climate change affects everyone equally due to its global nature. In reality, those who suffer the most are poor, excluded populations, i.e. those who contribute the least to climate change due to their much lower levels of consumption.

In the struggle for defending the commons and respecting nature, The Siena process will demand:

i)               The promotion of alternative clean energy sources (bio-digesters, solar and wind energy...) and the rejection of nuclear energy, as well as the democratization, decentralization and public management of energy in ways that will guarantee the rights of peoples, including those of indigenous peoples.

ii)               Universal access to drinkable water and basic sanitation, as well as to public services of quality (health, education, public transport, etc.), provided by the State as the guarantor of basic needs and rights.

iii)              Agrarian reform and promotion of agro-ecology (organic agriculture, etc) – in opposition to the privatization of nature - and the abolishment of all barriers preventing rural communities from saving / preserving and exchanging seeds amongst themselves, their countries and continents.

iv)              Punishment for polluting industrial countries and transnational companies responsible for the contamination and destruction of our environment and for changes in the food chain, as well as immediate measures to stop this situation; Reparation of the ecological debt owed by industrialized countries, most of which are in the North, to peoples in the South. This debt is the result of the gradual appropriation and looting of natural resources and abusive appropriation of communal spaces such as the atmosphere or the oceans, which has created numerous socio-environmental problems at local levels;  Support for countries where the consequences of climate change and intensive, chemical based agriculture have increased the effects of natural disasters.