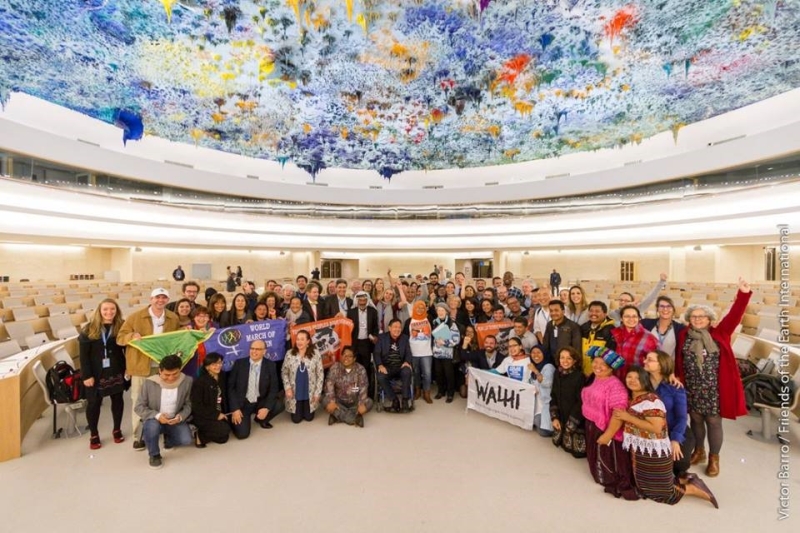 Neoliberal globalization has opened the doors for the savage exploitation of the world by the big economic powers. Megaprojects, agribusiness and militarization, among other processes, express a patriarchal, neoliberal and racist system that amounts to an assault on life as such. As a result, peoples’ rights have been systematically violated, the Earth and its resources destroyed, pillaged and contaminated, while corporations continue committing economic and ecological crimes with total impunity. They also throw us into an environmental and climate crisis of unknown proportions, for which they do not take responsibility.

In order to challenge corporate power and the system that protects and benefits it, it is necessary and urgent to give a systematic response. We must unite our experiences, struggles, collectively learn from our victories and our failures, share strategies and analysis in order to curb the impunity of the transnationals. The United Nations Binding Treaty process on transnational corporations and human rights constitutes a space, within the framework of the Human Rights Council of the United Nations, from where we can force corporations to respect human rights, creating a mechanism so that affected states and peoples can sue transnational corporations.

The 5th Session of the Open-ended Intergovernmental Working Group (OEIGWG) in Geneva will take place from October 14 to 18. The Global Campaign to Reclaim Peoples Sovereignty, Dismantle Corporate Power and Stop Impunity will be there again, as every year since 2014, to continue to pressure governments and prevent them from derailing the process.